Only in Baku could this have happened; a vast still, in which the most diverse of traditions, religions, customs and passions were fermented and distilled to form History writ Big, the history of the Russian Empire and Europe, It is people who make Big History, although rarely great people and usually the most commonplace individuals.

A brilliant inventor and a corrupt policeman, a French billionaire and an illiterate camel driver, a profession- al revolutionary and a young Turkish woman from a harem. Russians, Azerbaijanis, Swedes, Germans, Georgians, Persians, and Poles, all of them have made their contribution to what is now known as the Gold- en Era of Baku. Their destinies, great and small, were tightly intertwined into a single thread that determined the fate of not only the entire city but also the entire country, and even that of the continent, for the next one hundred years. It all began as in a classical Oriental fairy tale, completely by chance. A Swedish entrepreneur, in duced by his arms factory, came to a sparsely populated province of the Caucasus.

The local walnut proved to be unsuitable as the country’s soil could not produce quality timber. It had been predestined for something else, for God had endowed this area with in business did not desert him, and here alisedat once thatt his land would make his fortune and that of his brothers. All existence of which others were not yet aware.

However, Robert Nobel (for this businessman was in fact the oldest of the Nobel brothers) was not entirely cor- rect in his assumption, and he soon understood why, for very many others had realized the same thing.

The heavy smell of oil in Baku had drawn to it the most sagacious and prudent businessmen from around the world, al- though, it was, of course, the French Rothschilds who empire encompassed the whole of Europe and stretched as far as the Caspian Sea. They had no intention of allow- ing Nobel to encroach on their domain and were prepared to do anything to survive the arrival there of these auda- cious Swedes with their clever drawings and new-fangled machines.

However, the most dangerous competitors for the Nobels were not, in fact, these court intriguers, who ruled the oil business from afar, but local natives who had trampled the entire coast with their bare feet, all former dock workers, Samanchi tribesmen and manual labour- ers, whose Oriental cunning and guile were truly diaboli- cal. There was also a very tall handsome man with a black moustache, Haji Tagiyev, who was idolised by the entire local population, an enemy, but one worthy of respect.

This individual had not even learned to read but had managed not only to build his own business empire, but also to subjugate the entire city and even penetrate the upper echelons of government. 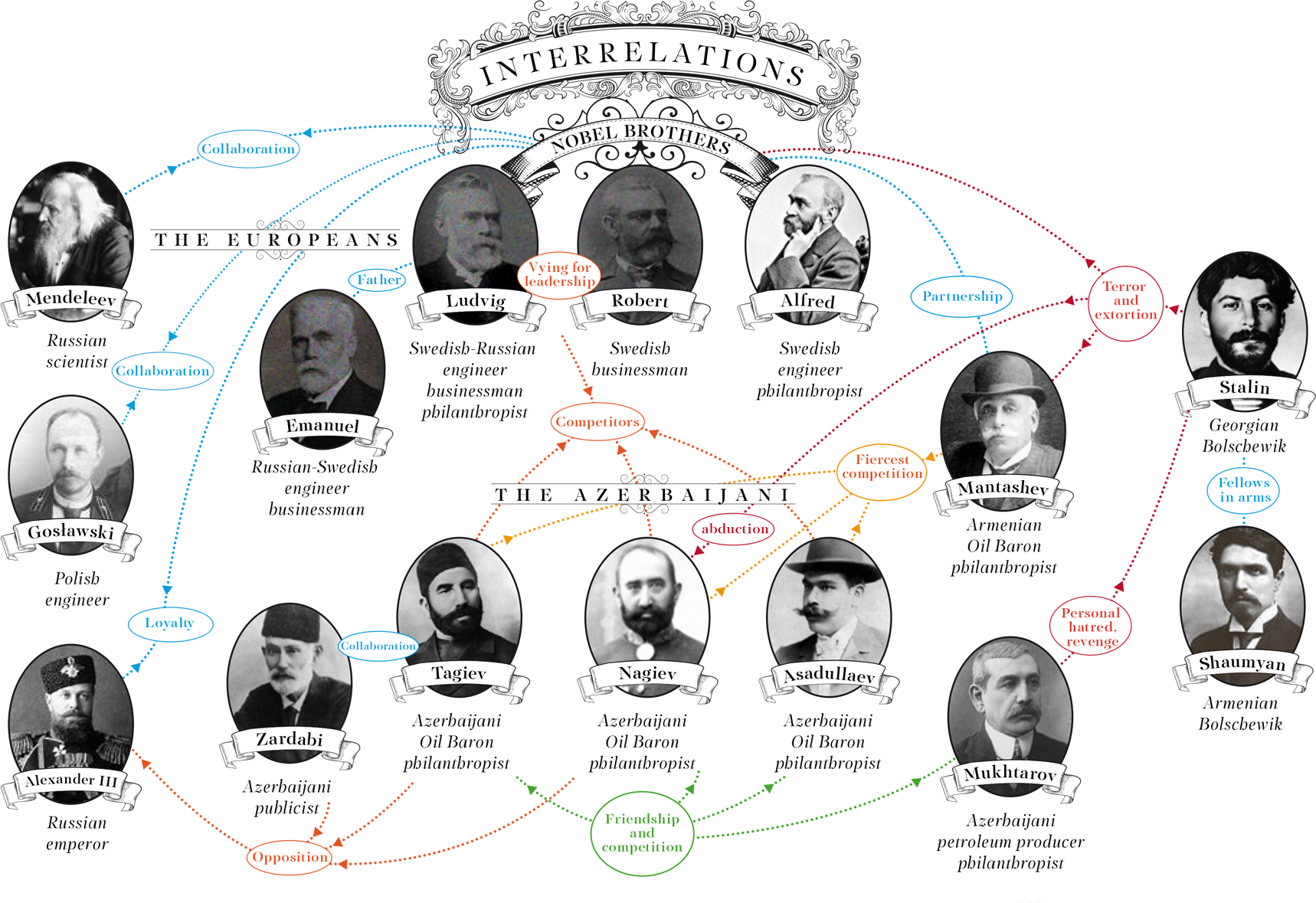