It is nice to have a home everywhere in the world when you travel. And that home is always your embassy, where the people speak your language, greet you warmly, and… always know how to pronounce your name!

It is also nice to be able to meet with your Ambassador, especially if it is His Excellency Chawki Bou Nassar we are talking about.

The “MyLebanon” team met, in Moscow, with the Lebanese Ambassador to the Russian Federation, in the beautifully, center-located embassy.

The talks featured the bilateral relations between both countries as well as the activities carried on by the embassy in Russia.

This is his story: 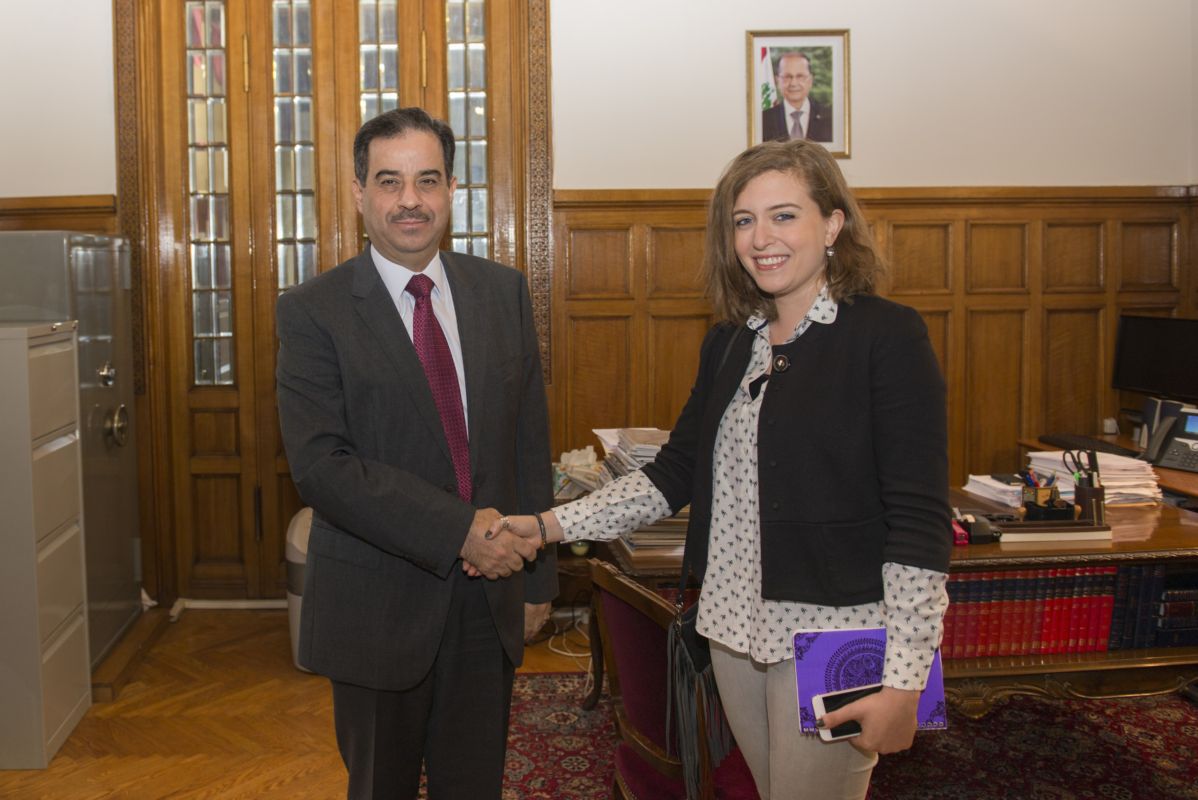 His Excellency Bou Nassar says he first arrived in “this great country” in 1995 and stayed until 1999. During that time, he was the Consul of Lebanon to the Russian Federation. He considers himself “lucky enough” to have been able to return to “this great country”, now serving as an Ambassador.

“Russia is really a great country because of its history, its culture, its people, and above all its all-time positive role towards the Middle East and the region. Russia has never invaded any Arab country,” the Ambassador says.

…is what the Ambassador says he felt when he knew where his diplomatic mission was going to take place.

“But I had also in mind the level of challenge this job represents, especially nowadays where time and effort are required, for Russia is highly acting on the international scene.”

He noted that Russia is a rich country in heritage and in culture, and that working there can be both “very demanding and very interesting.” 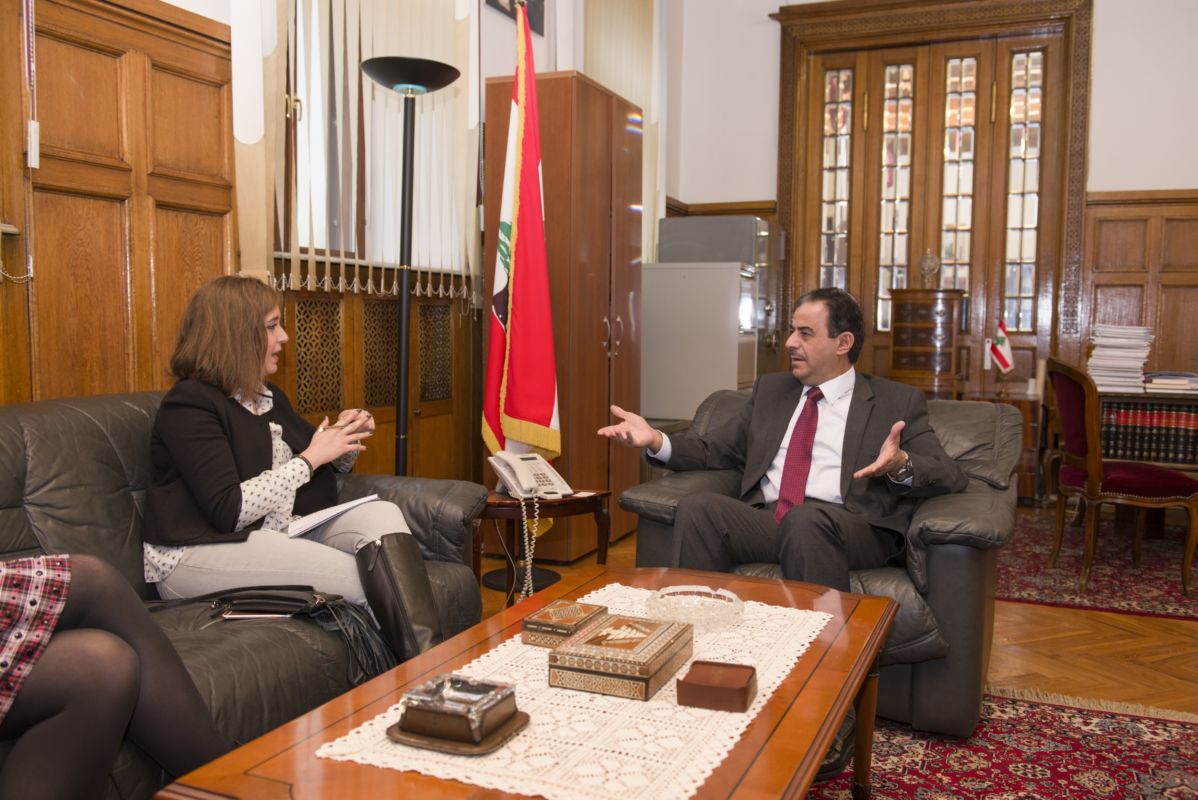 Living in the country

“I truly enjoy living in Russia, and most particularly in Moscow. My family does, too. I have two daughters who are 17 and 12. They go to a French school, the Lycée Français, where they learn Russian, Spanish, French, and English. At home, they have a special tutor to teach them Arabic so they never forget their mother tongue, or their roots,” Bou Nassar highlighted.

He then pointed out that his wife is also a member of the Diplomatic Club where she partakes in several social activities and plays herself a big role in promoting Lebanon to others.

Warm, generous, helpful, outstandingly hospitable, friendly… are some of the many words the Ambassador chose to describe the common qualities between Lebanese and Russians. “You feel extremely comfortable among Russians.”

Lebanon is small, reminds the Ambassador, but it has everything you need: from its culture, to its history, its heritage, the high level of education of its people. Lebanon also still enjoys four different seasons, it is the only country in the Middle East with a Christian President. “Many things can be done between Lebanon and Russia. Tourism can be improved between both countries. Mutual exhibitions, whether cultural or artistic, can be held here and there. Unfortunately, financing all these activities remains a major issue.”

About the embassy promoting Lebanon

“We have several opportunities a year to talk about Lebanon. We very often show some videos that we get from our Lebanese Ministries of Foreign Affairs, Culture, and Tourism,” he noted. His Excellency also reminded the importance of the close distance between two countries which is very helpful.

“A lot of investment opportunities present themselves and we highlight that as often as we can. We explain to Russians the exquisite banking system we have, the Lebanese industry, and the oil and gas sector that they can play a role in.” 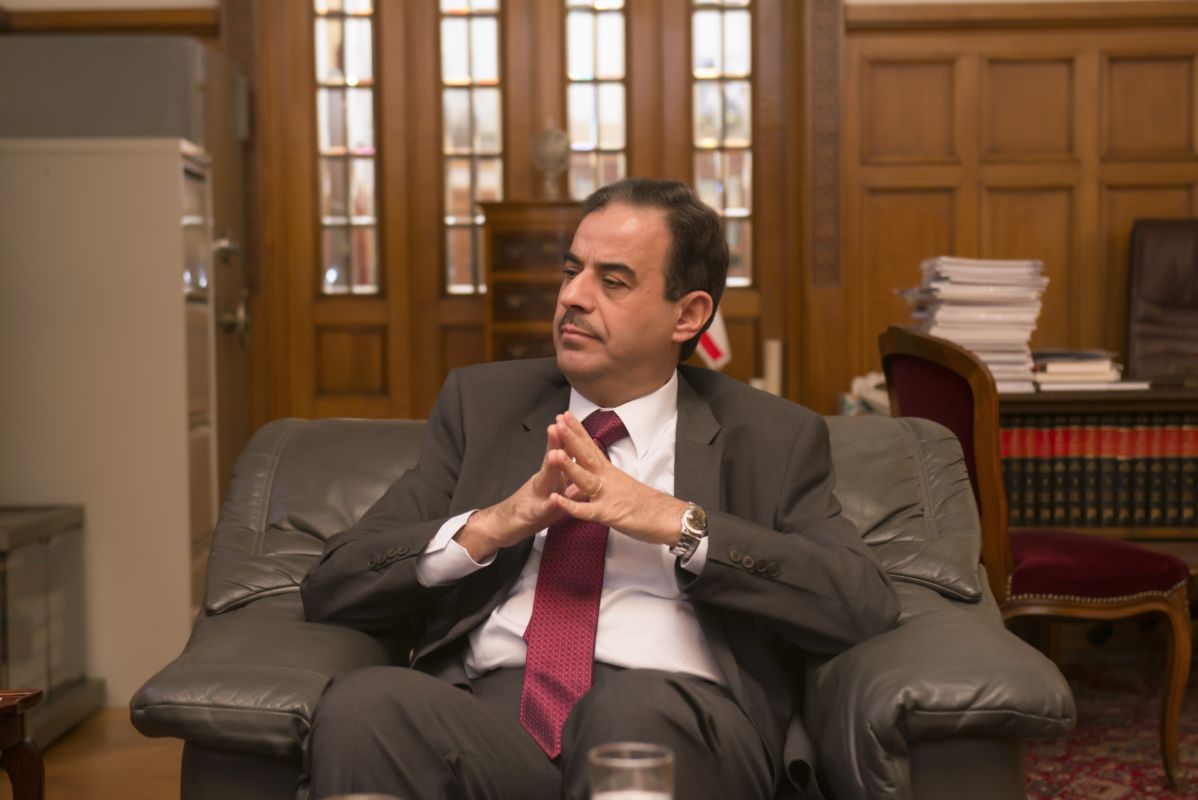 The Ambassador then stressed on the perseverance and creativity Lebanese people are known for.

The Lebanese living in Russia

They are about 1500 persons. “Russia is not a place for emigration. But many students often come to local universities. Some Lebanese also have small businesses and mainly restaurants here. A lot of Lebanese are married to Russians. And none of the Lebanese has any issues with the local authorities; their behavior under the ceiling of Russian laws is excellent.”

The Ambassador talked highly of the “MyLebanon” project. In his opinion, this project is “very positive” and he wished it “all the success and prosperity it needs, because it is essential for Lebanon to have Russian tourists come to visit.” He added that Russians will definitely enjoy the Lebanese hospitality, vibrant nightlife, diversity, religious sites, and cuisine.

“Lebanon is one of the safest countries in the world. Of course, the general situation in the Middle East is not good. But Lebanon’s political wisdom of leadership succeeded in putting away terrorism and enemies. It is a space of stability in a region of turmoil.”