As if Lebanon was not too small already to meet your partner, Amale Tarabine met her Lebanese husband in Russia. But before their love story came to light, Amale went there to study. Alone. She had no one there. She did not know the language. She spent eleven years in a country she now calls her second home. This is her story.

A coincidence that led to a change of path

I was born in Batroun. I lived my life, went to school, and even finished my first year of Journalism at the university in Lebanon. I had dreamt of becoming a stage director for children’s plays. But life had a different plan in store for me. The civil war, that had been destroying my country, had intensified, hence making it impossible for me to pursue my higher education. During this phase, I once met with my old teacher from school. He advised me to go to Russia to build at a better future and have more opportunities. And thus began the journey that changed my life completely. I was twenty years old, a former student of journalism, who was going to a new country where I knew no one, had no one, to actually study pediatrics! So I enrolled at Leningrad Medical Institute. It was in 1978.

I wanted to come back to Lebanon the following week, but…

It was more difficult than I had imagined! It was a cold I had never experienced before. The weather was unbearable to me. And the language… Ah! The language! The main obstacle to any sort of communication and human contact. It was still my first week and I had already started thinking about packing my bags and coming back to Lebanon. But then I started thinking about how I have really loved Russia since my early childhood, how I had read many Russian literature classics (in French). So I decided to give it a try and do my best.

Once I started learning the language and meeting other Lebanese and international students, things began to sound more familiar. The Russians have a very efficient method to teach you their language. They mostly rely on the practical daily life. I had intensive courses every day. But it was just my third day of language learning when our teachers took us grocery shopping. They took us to different stores, they taught us how to use the metro. It was interesting to go through this experience by group. I remember during my third month there, our teachers organized a concert for us: we danced in folkloric costumes and sang in Russian in front of an audience. 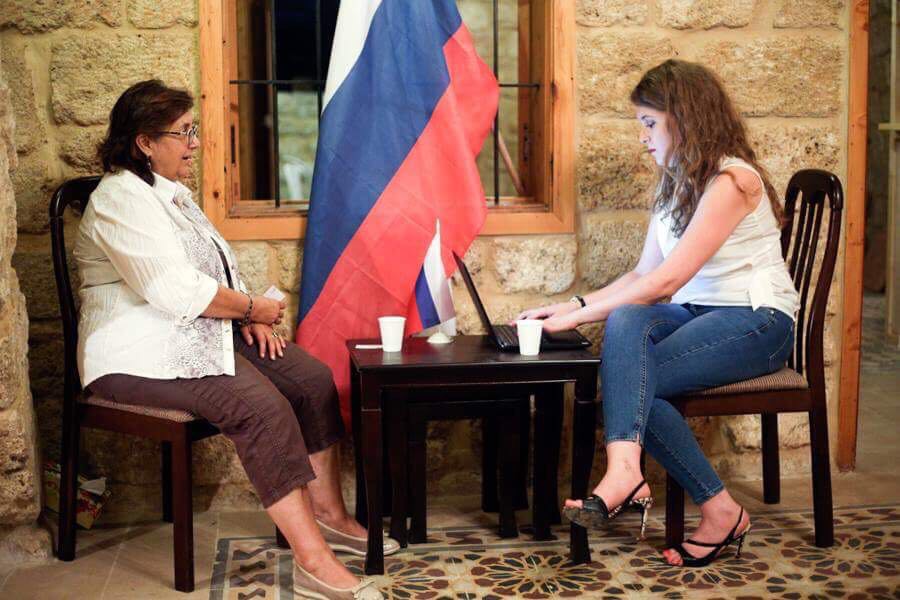 Falling in love with the country, and with the future husband

In one year, I was already mastering the language. During my second year, Russia had already become home to me. I loved their rich culture: their museums and their theaters. We even used to celebrate all National Days of all students who came from different parts of the planet (Africa, Finland, Germany, the Gulf….). That was a rich experience. I met my husband during these gatherings for Lebanese and international students. We were both Lebanese, both living in Russia. We had different religions so we had a civil marriage there. In 1990, we came back to Lebanon because it was impossible to stay in Russia after you graduate, unless you marry a Russian national. But we came back with a big treasure which was the will to serve our country – Lebanon – in the best way we could. This is what they teach you in Russia, they teach you to serve your country. Because this is what they do. They are strong people and this is the reason why Russia will never ever fall.

Us and them, them and us

Both Lebanese and Russians are very generous, very humanitarians. They both never leave people in need behind. They are helpful. They cherish life in groups and families.

Ties that defy time and distance

I still keep contact with the friends I have made in Russia. We still talk from time to time. I visit Russia almost every year, whether alone, with my husband, or with the family. A former fellow student visited me in Lebanon in 2015. She loved the country and told me she would definitely come back. 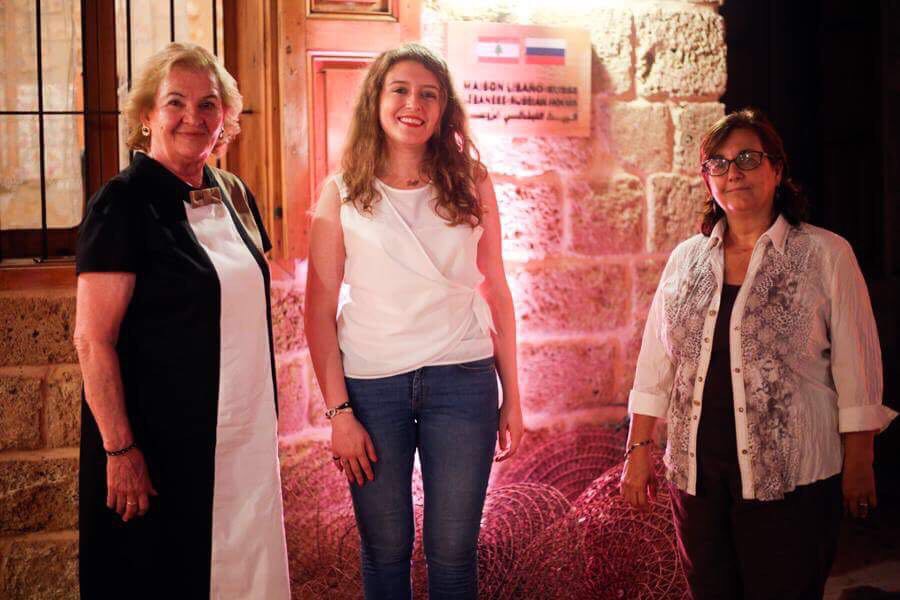 Activities for the Russian diaspora in Lebanon

As the co-president of the Lebanese-Russian house in Batroun’s Diaspora House, I help organize activities for Russian nationals living in Lebanon. Russian women volunteer to teach their language to interested students and, in exchange, they learn Arabic. We also often schedule activities for children, like painting and learning. I am actually working on a project that aims at a better integration of Russian children in Lebanese schools. In that framework, we have been organizing spectacles for children (both Lebanese and Russian) in French and English languages. I love working with kids. At our diaspora house, we also celebrate the Russian National Day.